From 2003 continuing through 2012, the Nevada Department of Transportation and the City of Las Vegas (collectively the “Government”) developed and implemented “Project Neon” which included the widening and expansion of Interstate 15 and surface streets through the heart of downtown Las Vegas. The Government’s plans and actions showed an overpass bisecting the Wall Street Nevada’s 7+ acre property. 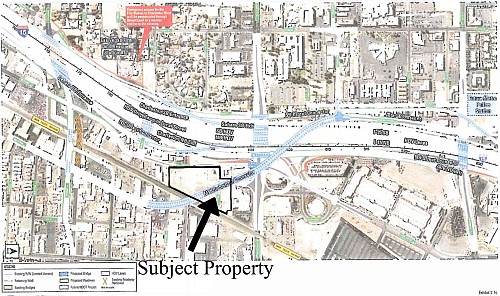